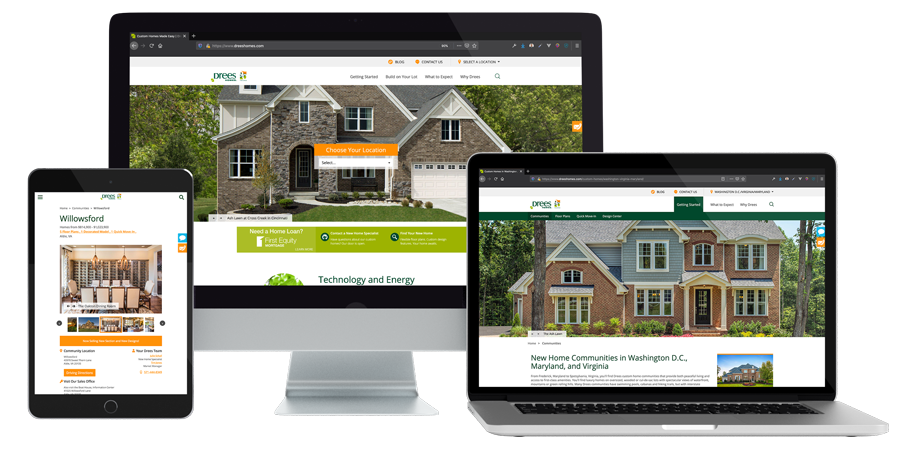 Drees Homes was founded in 1928. Since it's founding, it has grown into a multi-billion dollar private business, building new homes across the United States. I was hired in the fall of 2016 as a front-end developer to build the front-end of their internal applications and maintain the company website.

During my time at Drees Homes, I modernized their front-end stack and created new libraries to expedite development. Some of these technologies I helped adopted and explored are Vue.js, TypeScript, CSS Grid, service workers, Jest, and more.

In addition to development, my responsibilities also included the designing of user interfaces and creating solid user experiences for various department applications like Dream Builder.

I was the tech lead and lead front-end developer on this project. In this role, I was responsible for weekly deployments and development of the company website. As the tech lead, I managed a small group of front-end developers and delegated their tasks as well as my own. Part of our development process was bi-weekly code reviews, which I led to maintain a high coding standard.

In in spring of 2019, I was awarded the Top Caliber Award for Outstanding Performance. This was presented by the Vice President of Marketing and the Systems Architect Manager (IT) during our annual meeting to reflect the hard work that I put in to the Drees Homes website and various "90th Anniversary" projects.